Wall fungus: how to get rid of it for good 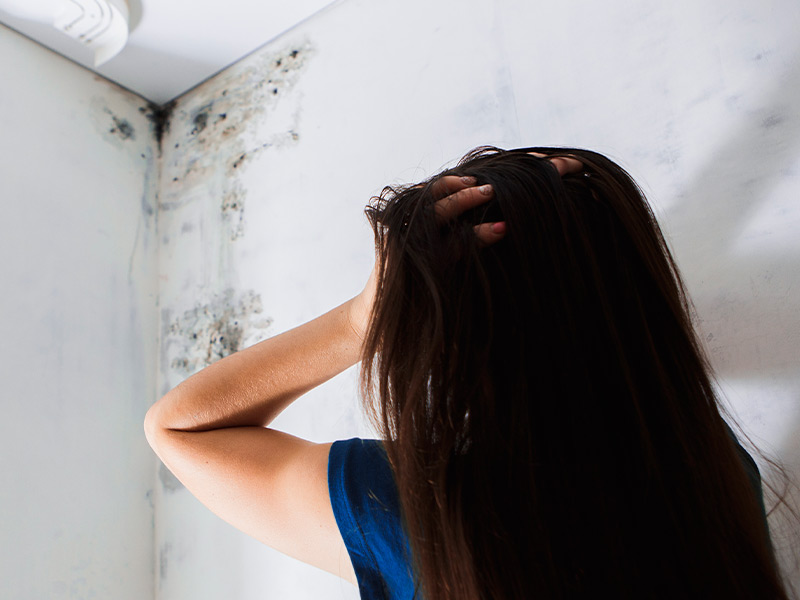 01 Sep Wall fungus: how to get rid of it for good

Wall fungus is a living thing that is capable of decomposing the material it grows on as it proliferates, grows and spreads across the affected surface.

Why do you get wall fungus?

Having wall fungus means that you have a humidity problem in the walls of your home. Dampness can present itself in the following classification.

Dampness by filtration is caused by wet soil in contact with buried or semi-buried walls in the house, which is why it usually appears in garages and basements.

Dampness by capillarity is caused by the soil that supports the house. When this gets wet, either by rain or by some beta of water from the subsoil, it causes the bricks, blocks and cement of the walls to act like sponges and absorb the water, causing dampness and, later, fungus.

Dampness by condensation occurs in humid environments, where water vapour condenses on walls. It is often seen in coastal houses.

Types of fungus you can find on walls

In our experience treating surfaces and eliminating humidities in homes, we have seen the following types of wall fungus:

How to get rid of wall fungus for good with Humilogic

Seeing the amount of wall fungus you may have at home, you need to hire the help of professionals to identify them properly and remove them for good. This is, in fact, the only way to get rid of them permanently.

You must consider that having fungus on the walls is a serious problem for the health of the family and the integrity of the home, as it will spread throughout the walls until it causes, in many cases, the cement to collapse.

At Humilogic we have the best chemical products, specialised tools and trained professionals that will eliminate damp from the walls of your home forever. Here is how we would treat them:

Contact us and we will solve the problem of humidity and fungus in your home, so that your family’s health is not affected and your home is in perfect condition.