Do you have black mould on the walls? Its danger and how to remove it 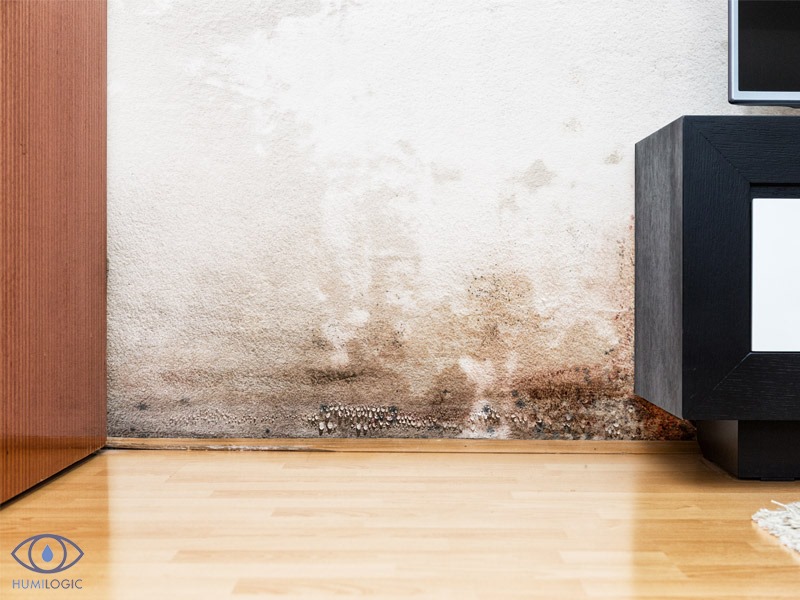 20 Nov Do you have black mould on the walls? Its danger and how to remove it

What is black mould?

There are many types of mould, but we will focus on the most dangerous: black mould. Colloquially, we call the Stachybotrys chartarum fungus a toxic or black mould. It is a microorganism that is very dangerous for humans, as it can produce a series of symptoms that deteriorate health and its spores can even penetrate our immune system.

Black mould grows easily, in places with high humidity and high ambient temperature. Black mould can be easily recognised, when it has a greenish black colour, with a viscous texture, from the damp surface it has. The colour of mould can change, if it loses its water source, drying out and turning to an amber colour, also changing its texture from viscous and wet to dusty and dry.

Where does black mould grow?

Black mould can be found in the rubbish, outdoors, or anywhere in the home. If we have any type of dampness by condensation, by capillarity or by filtration in walls or in ceilings, it is advisable to remove it quickly, since this type of mould only takes between 8 and 12 days to grow, in addition to being able to impose itself on other types of mould.

Apart from the factors of high ambient temperature and humidity, the composition of the material where it grows also affects its propagation. Most materials in homes are high in cellulose and low in nitrogen, ideal for black mould growth. Care should be taken if mould spreads indoors on ceilings, walls or floors, as they will be out of sight and may grow quite large if their source of moisture is not immediately removed.

The health hazards of black mould

As we have mentioned, interior humidity on a wall for a long time can be dangerous, which is why we indicate the most common symptoms that it can cause in our body. We must remember that it is not only dangerous for people, as our pets also have the same risks if they live with black mould. That is why you should take care of the humidity problems as soon as possible.

Considering the symptoms on this list, it is important to monitor the most vulnerable population, such as the elderly, pregnant women or young children, as well as anyone with a weakened immune system.

How to eliminate black mould

Great care should be taken when eliminating or removing black mould on walls, ceilings or floors where we have found it, recommending that you do not act unprofessionally. If we try to remove black mould with our hands or tools, there is a great danger that it will release mycotoxins into the air, worsening the health conditions of the house and aggravating the above-mentioned symptoms.

That is why we recommend that you hire a professional humidity company, so as not to spread the toxins by removing them and eliminating the humidity that has caused their appearance, but sooner or later, black mould will reappear. It is also important to consider the materials or objects that could have been contaminated by this fungus, because if it is something that we touch or are very close often, we would maintain contact with the toxic spores near your body.

Black mould on walls or other areas is very serious, so from Humilogic we want to inform about this problem, which is always cut from the roots by eliminating the humidity. We invite you to contact us and ask us for budgets to find a solution to the humidity problems and avoid the appearance of dangerous black mould.